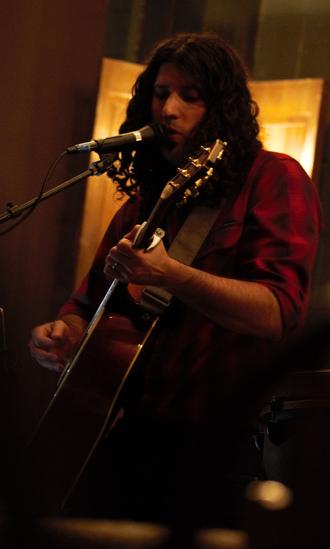 Christopher Ryan is a modern songwriter whose live performances demand to be heard.  He brings diverse sounds to the stage with his cigar box guitar, djembe, vocal harmonizer, acoustic guitar and live looper.

Christopher's music has been played on radio stations worldwide.  He has performed for the Rocky Mountain Loopfest, the international One Month Festival and been a featured artist on numerous media programs and radio shows.  In 2019 he was selected to study with Grammy Award winner Larry Mitchell at the Atlantic Center for the Arts.  In 2021 Christopher took second place in the COMBO Songwriting Contest.  He was selected as a Finalist in the 2022 Rocky Mountain Songwriting Contest.

Christopher will be in the studio February-April 2023 recording a full length album.

A Little Bigger was featured in 303 Magazine, New...Music You Should Know​​​

New interview with Pennies and Dimes: Click here to watch!